"Because they say so" and famous misattributed quotes. 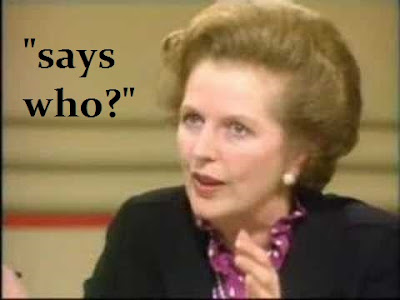 One of the most annoying and lazy habits of some writers is to refer to the nebulous entity, “they”.

Nice sentiments, but who are 'they'?

“They” are not a trusted source or reliable reference for any fact or assertion. Using “they” to reaffirm an opinion not only insults your readers by expecting them to just consume whatever you write (because you are such an authority), it is also puts on show your inability or unwillingness to actually research something properly.

Okay, while it may be safely assumed that more than half your readers will just take your word for it, there is also a percentage who will ask, “says who?”. Thereafter, none of your writing carries any weight at all.

Simply substituting ‘scientists’ or ‘critics’ doesn’t work either unless you can point to exactly who these learned individuals are. If quoting ‘studies’, then what studies performed by whom and when.

Many of you reading this will recall your university essays and your lecturer coming down on you if your sources were not properly cited. Same deal with travel writing. Don’t assume your readers are uneducated and will blindly follow your beliefs. That would make you a politician.

If you use a quote, make sure you find the source and quote it as accurately as you can. Remember too, that sometimes the credited source may not actually be correct. A famous example is:


“Twenty years from now you will be more disappointed by the things you didn't do than by the ones you did do. So throw off the bowlines. Sail away from the safe harbor. Catch the trade winds in your sails. Explore. Dream. Discover.” - Mark Twain (not)

This quote is now so common with travel companies promoting whatever they are flogging, it has become cliche. No one has actually checked to see if Twain did really write that. He didn’t. It is a relatively recent quote that appeared in a book by a significantly less famous author who gives credit to his mother.

Some famous misquotes are listed below. Their perpetuation does not make them true.


The tendency to quote unverified sources has caught out our best and brightest too. Everyone of my age will remember the famous George Negus interview with Margaret Thatcher. Negus made the mistake of quoting “people” as his source and, unable to cite his source properly, Thatcher promptly tore him to shreds.

So, every time you are tempted to write “they say”, just imagine Margaret Thatcher asking “says who?”

[1] "They say that travelling broadens your mind, but first you must have a mind."
Who said this? William GT Shedd or G K Chesterton? 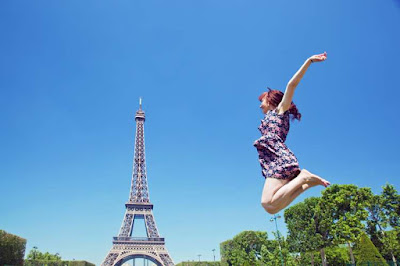 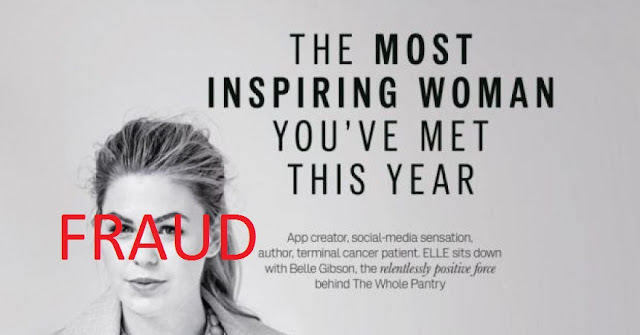 Freelancer or Freeloader: the quest for the 'free lunch'. 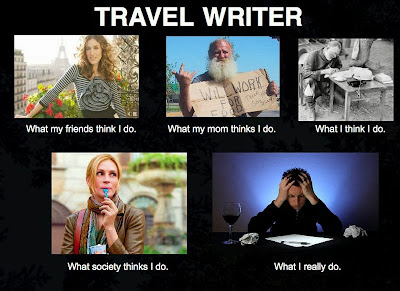 It’s one of those things all professional travel writers have to endure.

Continually being interrogated by fellow travellers, family members and other office-bound journalists is something I always dread. While there is always varying financial participation by all parties in any given familiarisation trip, there is an old truism that always holds.

“There’s no such thing as a free lunch.”

Now legend has it, that once upon a time all a journalist had to do was call their mate at the airline and a First Class ticket came by courier with a bottle of French Champagne. Now, there might be one or two esteemed scribes still alive who can command that kind of worship, but let me assure you, my dear reader, those days are OVER.

Even getting an upgrade on a fully paid ticket is a chore. Lounge admission, check-in queue jumping or an amenity pack is the best we can often hope for. While some airlines may be marginally more gener…
Read more