The thing to remember is that by invoking 'Add Caption' to your image, you are placing an old-fashioned HTML table around the image. This will also allow you to resize to some preset sizes and align the image more easily with the text. You can see these extra options in the pop-up menu in Fig 2.

Sir John Franklin and the lost expedition: A Fate as Terrible as the Imagination Can Conceive

The story of Franklin in the Northwest Passage is the stuff of legend. In fact, the entire expedition of 129 men and two ships simply vanished in 1845. It was the MH370 of its time and dominated the newspaper headlines and coffee shop scuttlebutt for years.

Just this week we have heard that a Canadian team - a partnership between Parks Canada, the Royal Canadian Geographical Society, the Arctic Research Foundation, the Canadian Coast Guard, the Royal Canadian Navy and the government of Nunavut - have discovered one of the two ships.

But what about the backstory? How did they end up in such a plight and to what lengths were the men prepared to go to survive?

One of the many search parties discovered some remains and sent a report back to the Admiralty in 1854 describing "A Fate as Terrible as the Imagination Can Conceive."

So terrible was this report that Lady Franklin and the Admiralty - point blank - refused to accept it.

Just what was it that so enraged the sensibilities of Victorian England?

Travel writer and photographer, Roderick Eime, travelled to the Canadian Arctic in 2012 (and followed up with a second voyage in 2016) aboard the ice-strengthened ship, Akademik Ioffe, to retrace part of the route likely used by Franklin more than 160 years ago. What did he find?

Stories are available to commission with original, historic and PR-sourced images. 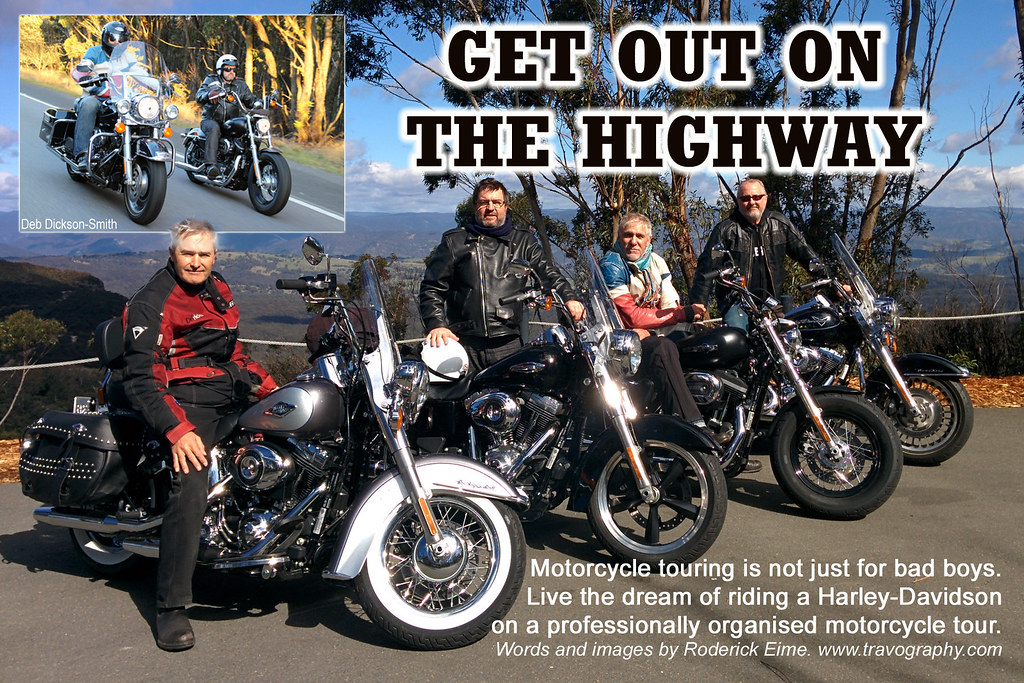 Sometimes things just fall into place like pieces of a jig-saw puzzle.

Years ago, I used to organise road trips as media opportunities for local tourism authorities, automotive brands and hospitality providers. These were mainly cross-country voyages for single 4WDs and included Nullarbor Plain, Oodnadatta Track, Stuart Highway, Cape York and even a truck convoy to Darwin.

This time the synergies were obvious and the trip nearly organised itself. Deb Dickson Smith took charge of social media, David Reeves joined the route dots, EagleRider provided the Harley-Davidsons, Best Western put us up, Destination NSW fed us and invited media (like all-star, Keith Austin) covered the ride for Fairfax.

Stories will now be appearing across many platforms. Stay tuned.