Virtual worlds and cyber communities are no substitute for the wide open spaces. Get out from behind the computer and recall a time before ADSL urges Roderick Eime.

Hands up everyone who remembers when exploring the local creek meant squishy mud between your toes, tadpoles and even yabbies, not broken bottles, abandoned shopping trolleys and forsaken whitegoods.

Sometimes it’s those most simple of pleasures, those “priceless” moments that leave the enduring and lasting memories. What happened to them? Transformed I fear into virtual worlds of social networking and on-line swashbuckling.

Stricken with visions of a childhood disappearing down a broadband connection, I pried my two under-14s from in front of their flat-panel monitors and spirited them two hours away from a corrupted Sydney to Turon Gates. Just out of Lithgow and secreted in a fairytale setting on the namesake river, the 6,000 acres are set among glorious river gums and rolling paddocks stretching all the way to the horizon.

Still shackled with the urban stress, we arrived late on Friday, dumped our kit in the spacious cabin and flopped. I woke from a near comatose slumber to the sound of … nothing. Wait, yes it was a chorus of magpies greeting the rising sun, their shrill warbles running up and down an erratic scale. And I’m sure that was the distant screech of a cockatoo or galah in the distance. The total absence of alarm clocks, heavy traffic and air brakes was uncomfortably alien, at first.

Eager to extract the most from our short escape, I mustered the recalcitrants and urged them out of their hibernation. Cabins are either “mountain” or “river” and ours is the former. Evocatively named “Moonlight Ridge”, the full width verandah commands a view all the way to Dubbo, or so it seems. Wild goats gather in mobile herds on the adjacent ridge and several untroubled wallabies can be seen grazing on the fringe of the bush barely 100 metres away. The whole scene is disturbingly tranquil.

Well aware of the needs of their time-poor city cousins, owners Soren and Sonya Lunoe have a range of environmentally friendly and wholesome activities for those burdened by the mind-numbing urban routine. The river cabins each have a dedicated canoe for exploring the wild reaches of the Turon River that gives the property its character. The trail that joins the cabins is populated, not by petrol-powered annoyances, but hikers, (horseback) trail riders and the occasional mountain bike.

Large and airy, the mountain cabins are the newest, barely twelve months old. The cooking is by bottled gas, the heating by lusty wood stove and the power by a modern solar-powered electric system. Polite notes urge guests to minimise power use to preserve the batteries, but the huge bank of sealed lead acid cells under the porch looks like it could power a small submarine.

After a hearty breakfast prepared in the full-sized, gas-fired kitchen, we defer to the Range Rover to meet our appointment with Jasper, Wizard and Cup Cake. The drive down to the stables by the river is along a well-maintained unsealed road easily navigable by regular cars, but the urge to shun the narrow bridge and ford the shallow river is too much. We can now legitimately add ‘4WD adventure’ to the list.

Excited children gather in the corral like a scene from Saddle Club. Kids are supplied with sturdy helmets and a pair of authentic, well-weathered RM Williams boots. Rides are conducted for both beginners and experienced riders and the one or two hour rides follow the river upstream past sheer granite cliffs, powerful stands of ancient, thick-trunked river gums and sprays of vibrant wildflowers. Stocky little mountain wallabies stop and stare for a moment before you amble on.

Jasper, my very relaxed mount, is not about to scare me with any sudden moves. He endures several determined tail flicks across the jowls from Cup Cake without dismay, stopping occasionally for a munch on a tuft of succulent grass. The caravan meanders past intricate and intriguing rock walls constructed over a century ago by Chinese gold miners. There’s still gold in the Turon yet and each cabin comes with a pan for extracting a few dots of shiny ore.

“We bought the land nearly twenty years ago as a weekender,” says Sonya, the ghosts of city life clearly long exorcised, “now we have 17 cabins down here on the river and the new ones up on the ridge.”

Next to their own modest ranch is a lush green campground currently occupied by a patrol of luxury Land Rovers, each parked adjacent a neat, military sized tent. Kids play innocently with a collie that delights in a few rounds of fetch. Yes, pets are welcome at Turon Gates.

The Lunoes now live full time at Turon Gates, having divested themselves of their urban entanglements some years ago. Soren, with his deceptively haughty Scandinavian demeanour, was a celebrated chef, Sonya, a successful fashion designer and ‘rag trader’.

“Each cabin is privately owned,” adds Soren, still in his dressing gown and busily turning out espressos for the string of guests popping in for registration, “and there are a couple for sale at the moment.”

I do the mental arithmetic and briefly fantasise about a luxury investment weekender on the fringe of the Blue Mountains, but the mist soon clears. I’m happy enough to be reminded of my own carefree childhood away from the city crush. Even though it saddens me slightly to know my own kids will never experience that, I’m reassured by the little effort required to find a refreshing pocket of innocence so close by.

A three night weekend stay in a mountain cabin starts at $480 and river cabins at $360. The cabins are self-catering, so bring food and linen (or do as we did and pay the nominal charge for supplied lined)

Japan: Before the Rising Sun

“One hundred thousand years before the Children of the Sun walked this land, the Ainu lived here.” So says the ancient Yukar Upopo (hero legend) of the ancient Ainu race. 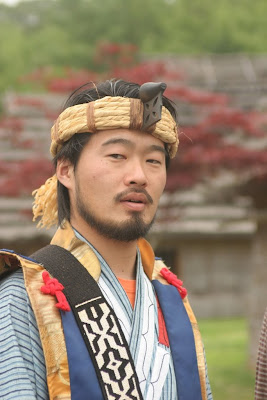 One of the most rewarding and exhilarating experiences still possible in this era of instant gratification, synthetic theme parks and virtual existence is to delve into strange and foreign cultures as we travel the Earth. Indigenous cultures and unique dialects are disappearing almost daily despite the growing worldwide respect for these precious anthropological artifacts. Amazon Indians, Australian Aborigines, Melanesian islanders and many Asian ethnic groups are struggling to retain their disintegrating heritage on this globalised planet.

Today, many committed and conscientious travellers urgently seek out these struggling cultures in an attempt to learn and understand a little of our vanishing world before it’s too late. As these modern explorers set off to mix with the famous Masai of Kenya or the serene hill tribes of Thailand and Vietnam, one race is all but overlooked - even in their own land. The Ainu, a once hardy and self-reliant people from the northern island of Hokkaido in Japan, are living the twilight of their existence.

For centuries, anthropologists and scientists argued the origins of the Ainu and it wasn’t until modern DNA techniques were available that definitive results could be reached. The Ainu are now believed to have originated from the Russian Far East and Mongolia, although their genetic strains are as widespread as North America and Tibet. 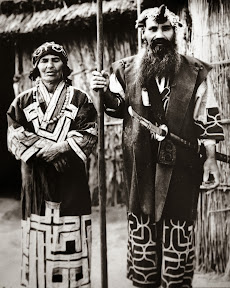 Essentially a hunting, fishing and gathering people, the Ainu have strong spiritual beliefs that include the worship of many gods, particularly those representing the most important elements of the Earth and those providing for their daily struggle. They have a deep respect for the wild bear, and even though they hunt the beast in a brutal ritualised ordeal called ‘iyomante’, the poor animal is considered a god and the act of killing it is believed to return its spirit to heaven.

Beginning in the mid-15th century, the racially and culturally foreign Japanese from Honshu moved north and began usurping the Ainu’s land and oppressing the people until, at the onset of the 20th century, precious little remained of the Ainu culture as it was consumed and assimilated into that of the dominant Japanese. In 1993, the Ainu launched a famous last ditch effort to retain what was left of their land and heritage. A lawsuit against the Japanese was begun in an attempt to stop them damming the Saru River and submerging their last traditional town, Nibutani. Despite the outcry, the Ainu lost.

Today the most visible remnant of the Ainu culture is the expansive cultural museum in the town of Shiraoi, about 50 kilometres south of the capital Sapporo. Here visitors can witness several re-enacted traditional dances, wander an authentically recreated kotan (village), tour the museum or buy unusual mementos like dried whole salmon, tamasai (jewellery) and tribal t-shirts. Proud Ainu guides will escort the tours and cheerfully relate the secrets of their people and intricate ceremonies. Poignant 19th century photographs hang on the walls, showing clearly a handsome, defiant and distinct race of people still quietly resisting the Japanese occupation. Look into the eyes of the few remaining young Ainu and you’ll see the fiercely independent spirit still burning deep inside.

For the regular tourist, Hokkaido is famed for its winter sports, particularly skiing. The mountains of Hokkaido have some the most reliable snow in the world. But plenty happens in the warmer months too.

The dramatic scenery and landscapes are postcard perfect and play host to trekkers, kayakers, climbers, rafters and mountain bikers who revel in the off-season, snow-free forests.

The Niseko Adventure Centre (NAC) has a smorgasbord of mild and wild activities to entertain and exhilarate visitors for all ages for days on end. Their adrenalin catalogue reads like a how-to manual for the modern adventurer. Take the kids and let them learn the finer points of indoor rock climbing, river rafting or orienteering. There’s even a stag beetle search for those not afraid of the creepy-crawlies.