It seems every travel story about India dwells on the unavoidable; the conspicuous, elaborate monuments, the chaotic transport and road systems, the infectious spirituality, the poverty and the overwhelming crush of humanity in a country with five hundred times the population of Australia.

Sure, my recent trip to India had it all, but do you really want to hear about that?

This story is about two destinations offering bliss, relief and enlightenment, yet contrasting in almost every other way imaginable.

Wanting to escape from the claustrophobic bustle and throng of Delhi and its nearby attractions, my wife Sandhya (a Fijian-born Hindu) and I ventured north into the Garhwal Himalayas just over two hundred kilometres from the capital. True, the arduous road journey presented a whole new set of tribulations as we wound up and up toward the distant snow-capped mountains. Rock falls, overloaded trucks and buses, erratic animals and pedestrians all kept us and our driver on a heightened state of alert. Indians, we discovered, place a great deal of faith in protection from the gods but aren’t anywhere near so fussed about such earthly matters as seatbelts, crash helmets or guardrails. Mr Sharma, our intrepid navigator, cites the motorist’s prayer; “Good brakes, good horn, good luck!”

Our first objective was the holy shrine of Lord Shiva at Kedarnath, located at 3500m and a mere ‘stone’s throw’ from the Tibetan border. The ancient shrine is one of the four highly significant pilgrimages in the Uttaranchal region and one of the famed twelve ‘Jyotirlingas’ (very holy places) scattered throughout India.

The journey looks simple enough on any map, but the reality of Indian alpine road travel soon dispels that illusion. We set out soon after dawn from the holy Ganges town of Haridwar with the objective of being in Kedarnath by nightfall, a mere 250-odd kms away. It was well after dark by the time we crawled into Gauri Kund, the end of the vehicular road, and still a tantalising 14kms short of our goal.

The following morning, after a modest repast of chapatti and beans, we proceeded to the mustering point located just out of town. On the absurdly narrow track, hundreds of ponies were being lead around by lean, energetic mountain men, jockeying for position and trying to secure their mounts for the revenue journey upward. Other, less equestrian types, were already on their way in ‘dandis’, a sort of open-topped sedan chair carried by four extremely well synchronised sherpas.

Looking at my pathetic mule, I decided to do us both a favour and walk as far as I could before hypoxia kicked in. The snow-dusted peaks could just be seen at the end of the steep, twisting valley, while the Mandakini River roared below us. Pretty soon it was clear who the real pilgrims were. He we were, ambling along on the backs of sturdy donkeys, while others in top-shelf Paddy Palin hiking kit confidently strolled past both us and the toffy-nosed set on their dandies. Then, every so often we’d come across an emaciated straggler, plodding barefoot; each step one closer to ultimate salvation. These sadhus, or holy men, were the real McCoys. Clad in ragged orange and brown robes, these unkempt devotees often took an entire lifetime to complete their journey to each holy site, walking the entire distance and existing solely on the benevolence of others too busy with daily routine to make the journey themselves. I began to think that each such donation became a proxy request for the donor’s salvation and by the time the poor sadhu arrives at his temple, he is so burdened with the sins of his lazy brethren he must nearly collapse. And beware, there’s plenty of look-alikes ready to grant you salvation (or perdition) based on the extent of your generosity!

When we, the saddle-sore interlopers, finally arrived at our destination, the tiny village of Kedarnath was something of an anti-climax for me. Nestled in an otherwise idyllic Himalayan surrounding, the evidence of a non-existent sanitary system was everywhere, the town permeated by a wholly unholy aroma. To boot, our basic lodging came without heating or hot water.

The town centre, for what it was, thronged with over-conspicuous worshippers and holy pretenders chanting and flailing about, more in search of dinner party points than divine redemption. My wife, although thrilled to have made the journey to what is a genuinely holy site for devout Hindus, was likewise dismayed at the hypocrisy and duplicitousness taken root in the shadow of the ‘Celestial Jyotirlingam’.

Our itinerary also listed another ‘kedar’, the holy abode of Lord Vishnu at Badrinath, but a quick straw poll put paid to that in favour of more decadent destination, Ananda.

We made arrangements on-the-run as we descended back down through the Garhwal valleys to Rishikesh and Narandranagar, finally arriving in the wee small hours, looking and smelling every bit the authentic pilgrim.

Ananda in the Himalayas is a ’destination spa’ of the most opulent order. Set amongst one hundred picturesque acres on the estate of the Maharaja of Tehri-Garwhal, Ananda, in their own words, is “dedicated to providing guests with a total immersion experience … integrating the elements, the senses, rhythms, nourishment, aesthetics, time and space.”

We were greeted at the doors of the restored vice-regal residence by immaculately attired staff that politely looked past our weather-beaten appearance and welcomed us to our rooms.

Our suite, although not palatial, was flawlessly appointed with abundant little luxuries like perfumed soaps, salves and lotions, fresh fruit, flowers and crisp clean linen. Morning revealed the entire city of Rishikesh stretched out in the valley hundreds of metres below, and as we sat eating the most superb breakfast of fruit, cereal and gourmet Indian cuisine, we felt truly removed from the tribulations that had, only a few hours before, totally engulfed us.

As I explored the tranquil complex, camera in hand, Sandy plunged herself into a suite of holistic therapies including aromatherapy, massage and sauna. Even though she was cloistered away for the entire afternoon, soaked, soothed and saturated by a bevy of Nepalese Ayurvedic therapists, she had barely scratched the surface of Ananda’s vast catalogue of healing recipes.

From check-in to check-out, we had stayed a scant thirty six hours, and it was with some resignation that we handed back our little plastic ticket to holistic well-being and set out yet again into the hurly-burly of Indian traffic.

Clearly there are two distinct paths to spiritual and physical well-being. You choose. 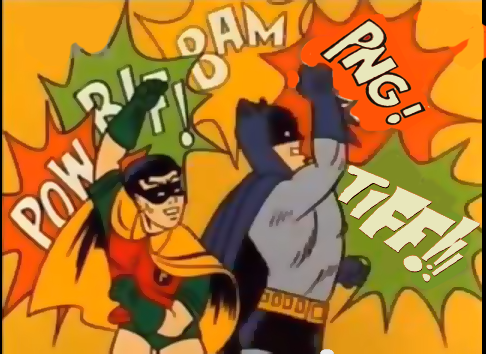